The Court's opinion and the process leave me with big questions and that the VA can be ordered in a direction that will fix the problem.

The Court and NVLSP have the entire basis for the case wrong. The estimated cost does appear more sensational than factual. Unless the basis changes the DVA will not change its business rules.

Statute 38 USC 1725 (c) (4) (D) states “The Secretary may not reimburse a veteran under this section for any copayment or similar payment that the veteran owes the third party or for which the veteran is responsible under a health-plan contract."

The statute means:  When the veteran’s insurance company pays a provider the insurance’s share of copayment, the VA will not pay back a veteran for the money insurance paid to a provider. That is all it means, that is all it can mean. The wording is exact.

Without the statue, the veteran can claim the money from insurance belongs to veteran and invoice for reimbursement.   The statute prohibits double-dipping where insurance and the VA pay for the same medical expense. The VA does not have a regulation to prevent double-dipping.

The VA created CFR 17.1005 (5) "VA will not reimburse a veteran under this section for any copayment, deductible, coinsurance, or similar payment that the veteran owes the third party or is obligated to pay under a health-plan contract.”

The statute is correct, the regulation is fictitious.  The VA abuses the term reimbursement to include payment to the provider.

Furthermore, the VA inappropriately uses the regulation to demand an explanation of benefits confidential business information from the patient and the provider. The Law defines third party to be the insurance company (patient, provider, insurer).  The VA switched the third party to mean (VA, veteran, provider).

The VA has no legal right to demand an episode of care explanation of benefits from the provider, the insurance company, or the patient. The patient, insurance, and provider have a private contract. By demanding the EOB and refusing to pay benefit is bureaucratic extortion. The Law requires the provider to reconcile all payout before invoicing the VA. That is all the information the VA needs.

The VA’s limit on medical expense payout is the maximum allowable amount (MAA) which is the same as the Medicare fee. Once the MAA is paid by any party, the Law exhausts further charges for the medical expense. I suspect the large cost estimate is calculated for the unpaid insurance payout rather than the MAA.

If the VA suspects the provider being dishonest about reconciling payouts, the provider commits fraud in which case the problem belongs to legal and not a reason to deny veteran’s benefits.

The Court and the DVA treat reimbursement as a gratuitous act and not a formal business process. 38 USC 1725 instructs the VA to either pay the provider or reimburse the veteran. This statute defines the existence of 3 contracts and to make a payment the contracts require an invoice and a payment. Contracts:
Elsewhere in 1725, 2 other contracts exist.
Statute 38 USC 1725 (c) (4) (D) states “The Secretary may not reimburse …” Without a reimbursement invoice, the rest of the statue is void.  The VA regulation completely ignores the Law's reimbursement requirement.

To help understand Title 38, these are some of the first principles:
If NVLSP represented me with the Court of Veteran's Appeals, this is a list of conduct I would not expect the attorney to allow.

Email ThisBlogThis!Share to TwitterShare to FacebookShare to Pinterest
Top Veteran 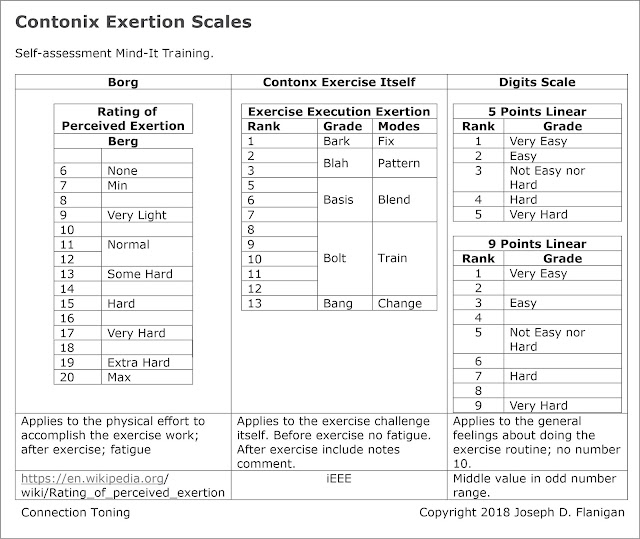 Multiple Sclerosis: The cause of my MS.

Could something from 1971 point to reason I have multiple sclerosis?


When I was a teenager, my father earned extra money by doing did odd jobs for realtors like constructions, painting, cleanup. From the time I was 8 and until I was 18 and enlisted in the Marine Corps, I would go to many jobs with him. I think he had is own right of passage rules, because starting high school, he assigned me the high jobs like roof repair. I had no fear of heights. My enlisted ended in 1971, I  was 21 and often I would help him.  From an incident 50 years ago, my mind is still clear about what happened on a 1971 summer day.

Dad asked me to carry a bundle of shingles up to the roof where others worked. Putting the shingles on my shoulder, up the ladder, and walking across the roof, I put the shingles down for the roofers. I turned around to start down the roof, my legs froze. I could not move. Dad was calling me to come down for another bundle. I could barely hear him. He must have sensed something was wrong. He called out to one of the roofers to check on me. I am still standing frozen. The roofer looked at me, waved for my Dad to come up. The other roofer came oven and the three of them helped me to sit on the roof.  Dad told the roofers to help him get me down. They sat me on the roof. By pushing and tugging they slid me down to the ladder and help me turn over. One on the ladder, Dad is talking me down and help put my feet on the rungs while the roofers held my hands,  At halfway down, I could hold onto the ladder legs. And a few more rungs I was down.  Sill a little wobbly, Dad help me to lean on the pick-up.

A few minutes passed I was fine and could do other work. The building only was just a one-story house. During those few minutes, I was frozen with fear. Before the incidence, I had no fear of heights nor standing on the edge. The crew and I  had a good laugh about being me being afraid of work.  I never worked on a roof again. Forty-five years later, the exact same thing happened. I was at the gym, exercising on a spin bike. I felt fine, not physically exhausted. But, when I stood up, my legs froze, they would not move, I could not tell them to move. Standing there for a few minutes, the stiffness passed.  The legs became wobbly, and I was able to move to the next machine.

For 45years, the incidence on the roof caused self embarrassment. I did not understand. I always felt I let my Dad down. I showed weakness on the job but also the image of a Marine being afraid of a little old roof. I knew I was not a coward, I just did not understand what actually happened. Twenty years after the roof incident, I was diagnosed with multiple sclerosis. When the incident happened in the gym, I knew exactly what happened. Both the roof and the gym incidences was an MS exacerbation. In my life with MS, I spend a lot of time studying MS from the inside-out. systems perspective, not from the biological science perspective. The incident in the gym was a breakthrough event in my studies about MS and fatigue. For movement, we need three resources. The physical prowess to move. The neurological coordination of body systems. And, the cognitive capability to plan movement with the ability to send coordination orders for the plan.

The incident on the roof and in the gym was MS neurological fatigue. Both incidents had exactly the same pattern, frozen legs.  fear of being a lost and defenseless, and rest relaxing the frozen legs. If my analysis is true, then in the twenty years, before the MS diagnosis, from the time I was 21 until 40,  I experience undiagnosed  MS symptoms.  In 1976, I was a field engineering for a medical instruments company and my service territory was the central western states and the land area was a third of the United States.  The work involved fixing equipment in hospital labs and at university reseach labs. Travel to the cities meant flying. In a week's time could be one to four flights a day. In and out of Denver, to Salt Lake, to Phoenix to Albuquerque and back to Denver was an easy week.  Once I was so fatigued, I had to spend several days in a Salt Lake hotel room just resting.  I remember tossing the keys to the valet, bearly being able to walk to the front desk. I had to sit in the lobby and rest before going to my room. I thought I had the flu, but now I know the symptoms were from an MS attack.  When I returned to Denver, the family doctor gave me some vitamin shots along with bed rest. I was 25. A few months later the fatigue happened on the last flight home to Denver.  Will power got me to the parking lot and my car. For two days only I walked between the bedroom and the bathroom.  One the third day, I went to the family doctor again. More vitamin shots and rest.  At 26 I was burned out and 4 days later I quit that job.

The story just sounds like being overworked. The fatigue was MS.   At the time,  the fatigue appeared as job stress. The one thing I recall was not walking well and the legs being wobbly. Years later, I learned that wobbly walking is a symptom of MS.

Could something have happened to me between 18 and 21 that caused MS? I am the only MSer in generations of past and present family members. I have an idea about what happened to me that is exclusive of others. I am still working on the idea.

Once I identified the fatigue pattern, I could recall other fatigue events before and after diagnosis with the same pattern. I named the pattern the -n event for the no-neurological coordination. Each fatigue event is different,  only a few are  -n severe disabling events.
at September 12, 2019 No comments: 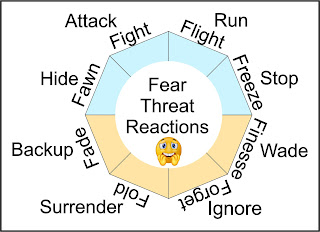 The words fight or flight are two of the recognized reactions to a threat that triggers fear.

The list of fear of threat reactions has 6 other common reactions. This is a list of all 8. 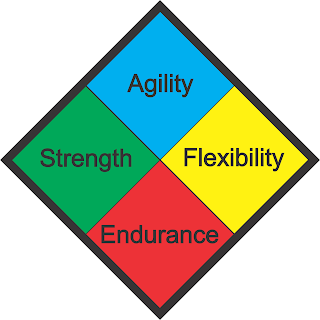 In the Art of Contonx, strength, agility, flexibility, and endurance are the finite elements of tone. Everything in the body's anatomy elements moves, cells, organs, fluids, nerves, bones, muscles, etc. A SAFE condition defines the relationship between the elements.

Pysc: Did Adam Have a Bellybutton?

Did Adam Have a Bellybutton?

“Did Adam have a belly button?”, the Question is a philosophical question related to a bible story. The Question proposes a polar answer of either a yes or a no. The Question itself makes the suppositions that the character Adam exists, that something exists called a belly-button and that Adam may have the procession of the belly-button.

If the proposer and the proposed have a mutual context with similar exposure to bible stories,  the Question's proposition is a philosophical interrogation related to creation and God. Four options provide the bases for opinions.

However, if the proposer and the proposed have no mutual context, the Question is about a person named Adam and his bellybutton.   The Question does suggest other responses that are not yes or no.

2. Rationalist - What is the reason for the question?

3. Knowlege - No concept of creation.

7. Alternative - A different story about creation.

The world is full of different tribes and cultures. Each may have similar ideas about creation or the lack of ideas itself.  A rock has a complete response.