MS From the Inside-Out ~ Evolution

In 1989, at 40 years old, I was diagnosed with multiple sclerosis. Then in 1993 was the lottery for the first MS disease-modifying treatment drug, Betaseron. By 1996, disability forced the end of my professional career. For the next few years, I continued to follow the traditional MS clinical explanations and recommendations. In 2008, MS started gaining too much power over me. I needed a new approach; I wanted to change myself and change my MS.

When I started training,  I could not find a personal training program that focused on MS.  Before my first personal training session, I knew I would need some techniques to use as the models for the program. Within a few sessions, the idea for the model revealed itself, "rebuild the connections that MS took from me." That idea of rebuilding connections grew into a program I named " Connection Toning." During the early training years, I training by intuition, following the mantra "tell the brain what going to be trained, train the brain, tell the brain what was trained."  Meanwhile, I still had the neurologist visits, the pills, and the disease-modifying treatment injections. And eventually, physical therapy, psychological therapy, occupational therapy, neuropsychology evaluations, nutrition counseling, support groups, and home exercise programs all again became part of my MS life. The mantra evolved, and then, resolved to be "remodel the connections."

MS is only part of an MSer's life. My wife of 20 years is not an MSer, but she lives with my MS too. Our daughter, now living on her own, used to go to MS meetings and sit with coloring books. For every MSer, MS affects at least four or more other people. The clinical replase-remitting disease explanation of MS  does not explain the MSer living with MS, and the impact on others. Species evolution describes the phenomenon of species changes over time. The phenomenon of an MS attack is similar but the change occurs in lifespan. Every MS relapse-remitting cycle causes a persistent lifestyle evolution change. The change affects the MSer and support partners.

Initial drawings of "Multiple Sclerosis Trauma Evolution" began in 2008 while trying to understand how remodel training fits with the clinical models of MS symptoms.  As the person who experiences MS symptoms, my perspective was from the inside-out view. And the clinical perspective is from the outside-in view. Since both views are for the same symptoms, the same perspective should allow for both views.  The clinical model used the terms relapse-remitting to describe the cycles of symptoms where remitting is the time between attacks.

The neurologist's outside-in MS explanations describe the three types of MS progression.  As an MS person, MS affects me from the inside-out. The clinical MS progressing types are variations of release-remitting cycles. My MS life with MS knew that between the relapses, something else happens. I experience MS as a series of events. A relapse event triggers treatment for a remission event. After remission is a pause until the next relapse. During the pause, I trained to adapt to the damage caused by the relapse. I realized the pause is another event, and the pauses' training's purpose was to remodel the damage, not just to adapt. The inside-out view is three events, relapse, remission and remodel.

As part of my sessions with the trainers, the term adapting did not reflect the essential purpose of what I needed from training, which is to identify and rewire the MS damage. The name remodel, as a term, describes the three challenges,  identity the trauma, impact assessment, and remedy.  Remodel is a process that begins with identifying the lesion damage, determine the lifestyle impact, and work to remedy a lifestyle.  (Over time I developed my technique for remodeling; provoked fatigue to identify the damage, therapy experts for impact assessments, and training methods for remedy, I hope others can develop better techniques.)

In other posts, I describe my methods for remodeling. This post explains how both the outside-in and the inside-out description of MS trauma is relapse-remission-remodel. I retired as an Ambassador for the National Multiple Sclerosis Society. When I attended meetings with other MSers, many people told me their MS story. We know the statement, "No two people with MS have the same MS symptoms." Truthfully, those words is the same for most things, "No two people live the same life." "Everybody is different. "Everything in nature is different." In life, the human mind creates models of similarity that makes things appear the same. For training, I needed a better way to explain that remodeling is life long and not just an event between relapses. Another statement we hear about MS is, "No two relapses are the same." The Multiple Sclerosis Trauma Evolution drawing illustrates the relapse-remission-remodel definition; it does not illustrate the lesion's trauma. The drawing recognizes MS's trauma life consequences where disability increases and the ability to thrive decreases.

The human voice produces sound waves where no two utterances are the same. Yet, we can hear and recognize the words. The ocean waves rise and fall where each wake-wave are not the same. Yet, we can see and hear the pattern. The term 'eccentric' means instances in a unique pattern, it also means groups of instances in an observable framework. Each sound wave is an eccentric pattern, yet the accumulation of patterns permits recognitions. MS's trauma leaves disability markers as MS evolves with the repeated eccentric occurrences of relapse-remission-remodel. This is MS from the inside-out.

The drawing shows relapse-remission-remodel as definable events. MS has two dimensions of disease activity.  On-the-surface is the measurable recognition of lesion damage. Below-the-surface is a disease activity that is not clinically diagnosed.  Remodel is effective for both dimensions of disease activity. Brain health is a major tenet of remodeling. My favorite expression in Connection Toning is "Healthy Lungs, Healthy Brain."  The brain requires 20 percent of the air supply. If the MS activity is above or below the surface,  brain health defuses trauma impact and enables remodeling.

Everybody responds to disability as their own to manage. The clinical model of MS uses the term loss of the quality-of-life to describe the effects caused by increases in disability.  When I asked myself, what does MS steal from me, the list was long. Unsatisfied with the list, I recalled the doctor's diagnosis of my father's death. On the certificate, the doctor wrote the words "Failure to thrive." Looking at my list again, I realized failure to thrive also meant able to thrive. While quality-of-life is a true statement, it is incomplete. My inside-out perspective accuses MS of stealing my ability-to-thrive. 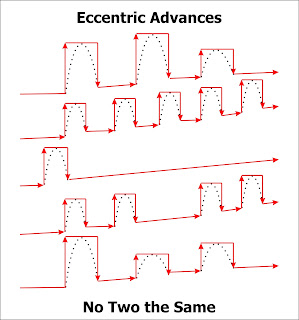